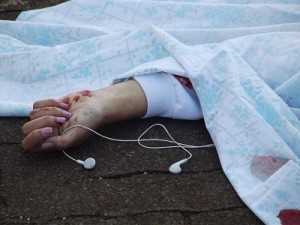 Around half past 7 in the morning, the sky still too gloomy and boring, even with bright gleams of the few vehicles on the road.

This is a tranquil time, just perfect to listen to clever tunes and gentle melodies that it is almost too hard to stop looking for the beloved device, even when I know it’s not there.

Surprisingly the hardest part came when the silence turned to an uproar of sound that usually took the form of the millions of stars that go unnoticed, for that one to shine.

I was forced to listen in a way I never had!

The school bus screeched and cried every turn it took only quieting down when we came to a stop. I didn’t know the bus cried so much every morning.

Howls of laughter differing from high and low fell into a jingle that synchronized every moment or so. This brought warm tingles of euphoria throughout my body and a lazy grin to my face.

The brisk wind sneaked through the windows openings making a riotous racket on it’s way in.

How could all this noise go unnoticed just hiding behind the curves of my ears.

You’d think after this I wouldn’t miss my clever tunes and gentle melodies.

Originally I got the idea to write this poem from forgetting my headphones one day. It wasn’t a particularly terrible time it was just kind of a time that never usually happens. That day I was able to really just relax and listen to what is going on around me. It amazing considering how much of the day I spend without my headphones that it was during this early morning time that stood out so much to me. You think that you listen so much thought out your regular day consisting of daily lectures and interesting gossips but I don’t believe that we do. I think that during these times we are just hearing and responding because it happens so often that it has becomes a routine for us. When you truly listen to something I believe you won’t only hear it for what it appears to be but rather what it can be and what it means to you.

4 thoughts on “The Days Without Headphones”